Bauer Involved In The Expansion Of Egypt’s Largest Port 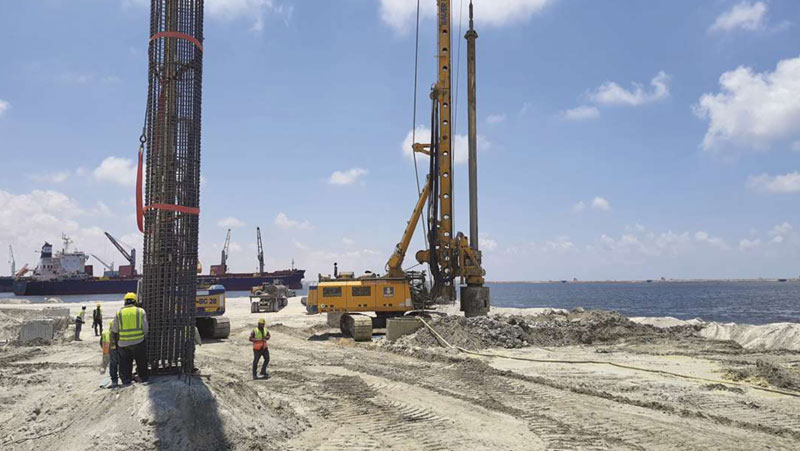 The Egyptian government has been planning to develop six main ports to accommodate the growing demand on the seaborne trade. Bauer Spezialtiefbau GmbH, through its local subsidiary Bauer Egypt S.A.E., is involved in four of them.

Bauer Egypt S.A.E. was awarded by the main contractors Edecs and Gieco for the deep foundation works of a semirectangular quay wall with a volume of 225,897m3 , consisting of a front diaphragm wall, two rows of middle piles and a rear row of barrettes.

In addition to four trench cutters, two Bauer drilling rigs of the type BG 28 are in use. The vertical elements are planned to be executed parallelly by the means of two mega mixing plants located initially on the north and south sides of the wall covering a 200m radius around each of them. The mixing plants will be shifted along the quay wall as the work progresses.