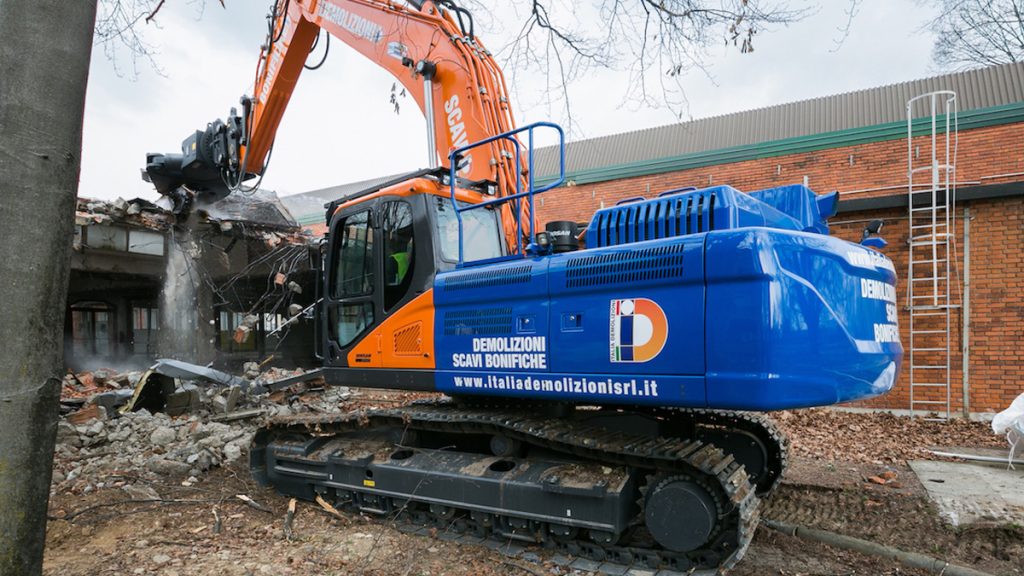 New Doosan equipment has been chosen for the machinery fleet at Italia Demolizioni, a start-up based in Lombard in Italy, specializing in civil and industrial demolition, excavation and reclamation. The Doosan machines were purchased for use on a number of new contracts, the first of which is the demolition of the former Piero Pirelli Institute located in the Business District of Bicocca in Milan, where a new Doosan DX380LC-7 crawler excavator has been working.

Italia Demolizioni – A New Player But With Deep Roots

Founded in January 2022, Italia Demolizioni belongs to the historic A.C.M., a leading company in the Lombardy region in the asphalting and road construction sector. Owned by the Miceli family, A.C.M. is currently managed by Nicola Miceli, a former road cyclist and winner of a Giro del Piemonte thanks to his skills as a climber on the bike. A gritty and energetic personality, characteristics that he has transferred to running the company.

Italia Demolizioni was created at the behest of Nicola Miceli and took off immediately as a business thanks to the many years of experience of Ivano Perego, Commercial Director and Pier Francesco Marcotto, Head of the Demolition Division.

Belonging to a company with deep and solid roots like A.C.M. has allowed Italia Demolizioni to deal immediately with an important investment plan and to build a technologically advanced fleet of Doosan machines.

“We chose the Doosan brand because it is a guarantee of reliable, durable and productive machines,” says Ivano Perego. “I have extensive experience in the demolition sector and Doosan machines have always demonstrated excellent performance and satisfied every expectation. They are excellent, cutting-edge machines, true allies for ensuring efficiency and success on every site. Although Italia Demolizioni is a recent start-up, we have already won several orders in Milan, Bergamo, Rapallo and Bologna. It was essential to have a fleet capable of providing maximum productivity on each site and the choice inevitably fell on Doosan machinery, which I believe are the most efficient on the market.” 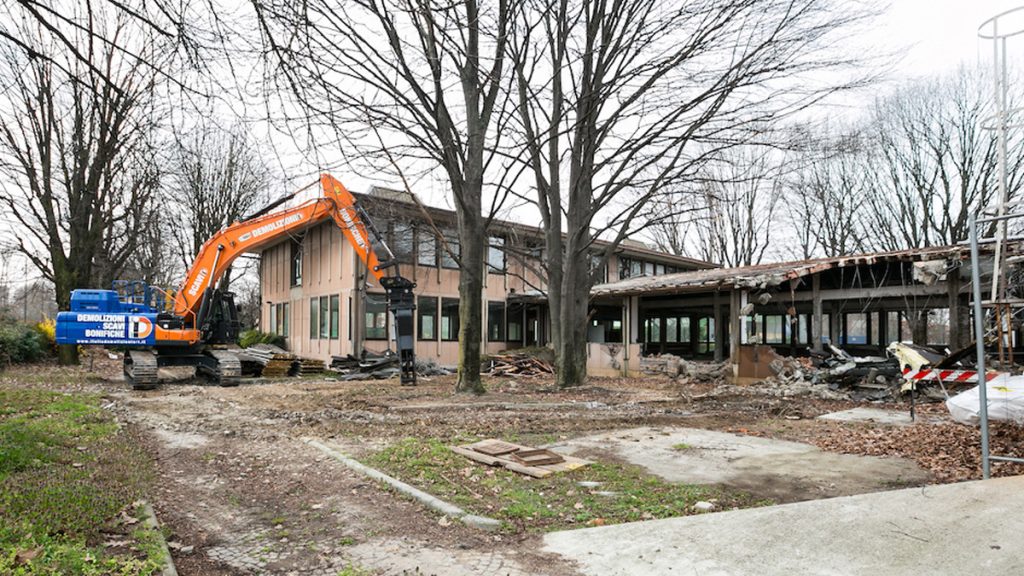 The Doosan DX380LC-7 was chosen as the most ideal machine for the demolition of the former Piero Pirelli Institute, built in the 1950s as a professional education centre for the children of Pirelli employees, with the aim of training a new generation for work. Over the years, the Institute has continued to provide training, thanks to classrooms equipped with the latest technology, offering courses, workshops, seminars and training events for Pirelli employees.

The Institute, now abandoned, consists of two parts: a two-storey building used as classrooms and an adjacent structure comprising a sequence of covered spaces with an average height of 7 m, which were originally intended for practical training.

The works foresaw the demolition of the entire complex to make way for an important redevelopment project in a contemporary and sustainable style that will host offices with the highest quality standards. The Doosan DX380LC-7, equipped with a standard arm and a demolition grapple, was used for the entire primary demolition of the structure, producing a total of 14,000 m3 of waste material.

In the first phase, the DX380LC-7 tore down the central span structure adjacent to the main building. Then the perimeter walls of the two-storey building were taken down. This made it possible to produce enough rubble on which to elevate the excavator to easily reach the second floor.

The roof panels were then removed and the perimeter eaves were demolished. Next, the DX380LC-7 broke through the top of the roof to lighten the rafters. These were unhooked one by one from the pillars and then demolished to allow the excavator to enter the building and to proceed with the demolition.

Subsequently the slab between the first floor and the ground floor was demolished in order to completely cross the structure from side to side and complete the entire demolition keeping only the perimeter pillars on the ground floor.

The DX380LC-7, customized in the blue and orange colours that distinguish the Italia Demolizioni fleet, was then joined by the Doosan DX300LC-7 excavator armed with a crusher and hammer to take care of the secondary crushing of the demolished sections and a first selection of the various materials.

Once this was all complete, the DX380LC-7 took care of preparing the ground for subsequent construction works. The DL250-7 wheel loader completed the work by handling and removing debris, unloading it onto a truck for transporting from site. The efficiency of the Doosan equipment allowed Italia Demolizioni to complete the construction site in just 17 working days.

All the Doosan machinery was purchased from DMO – the Authorised Doosan dealer for Emilia Romagna, Veneto, Friuli Venezia Giulia and Lombardy.

Ivano Perego continues: “For the purchase of the Doosan machines, I have always turned to DMO in the figure of Gianmaria Lupis, with whom I have established a close commercial relationship over the years. It also guarantees Italia Demolizioni receives prompt responses to every need and specialized technical assistance, both in the workshop and directly on site.”