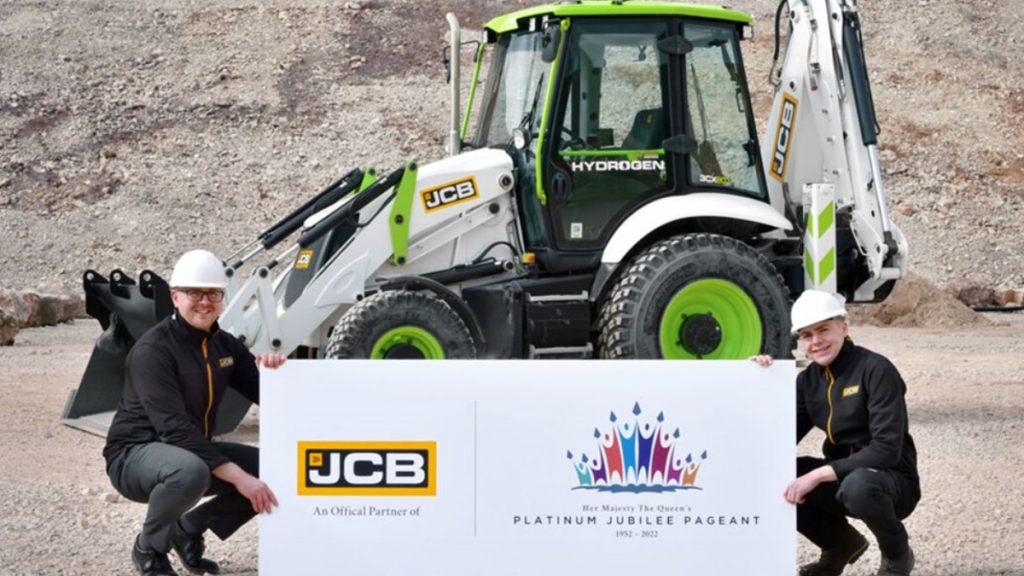 JCB machines from the past and the present will be taking centre stage at a special pageant in London as the nation comes together to celebrate Her Majesty The Queen’s Platinum Jubilee next month.

The company confirmed today that it has signed an agreement to become a Platinum Jubilee Pageant Partner – and milestone machines spanning The Queen’s 70-year reign will be taking part in the spectacular event.

The Pageant – to be held in London on Sunday June 5th – will be the culmination of celebrations to mark The Queen’s 70 years on the throne. It will involve more than 10,000 people and tell the story of the monarch’s seven-decade reign through music, dance and fashion.

Taking a bow will be JCB backhoe loaders from landmark years of The Queen’s reign. Leading the way will be the Mark 1 JCB backhoe from 1953, the year of Her Majesty’s Coronation. Next in line will be iconic JCB 3CX backhoes manufactured in The Queen’s jubilee years of 1977, 2002 and 2012. Bringing the parade right up to date for Platinum Jubilee year will be a 2022 backhoe powered by hydrogen.

“I am delighted that JCB is supporting the Platinum Jubilee Pageant as a Partner. It will be a very unique occasion and a wonderful way of saying thank you to The Queen for 70 years of service to our country and the Commonwealth.” – Lord Bamford  | JCB Chairman.

“We are very proud to be taking part in the Pageant and proud of the role JCB machines have played over the course of the last 70 years in helping shape the world we live in today. We are also thrilled about a future where our machines will be powered by hydrogen and delighted to be able to highlight this technology.”

The event will culminate in front of Buckingham Palace and be watched by up to one billion people globally across multiple platforms. It will also be a rare public outing for JCB’s brand new hydrogen-powered machines, which are currently being developed by the Staffordshire-based company as it explores the potential of hydrogen as a zero CO₂ alternative to fossil fuels.