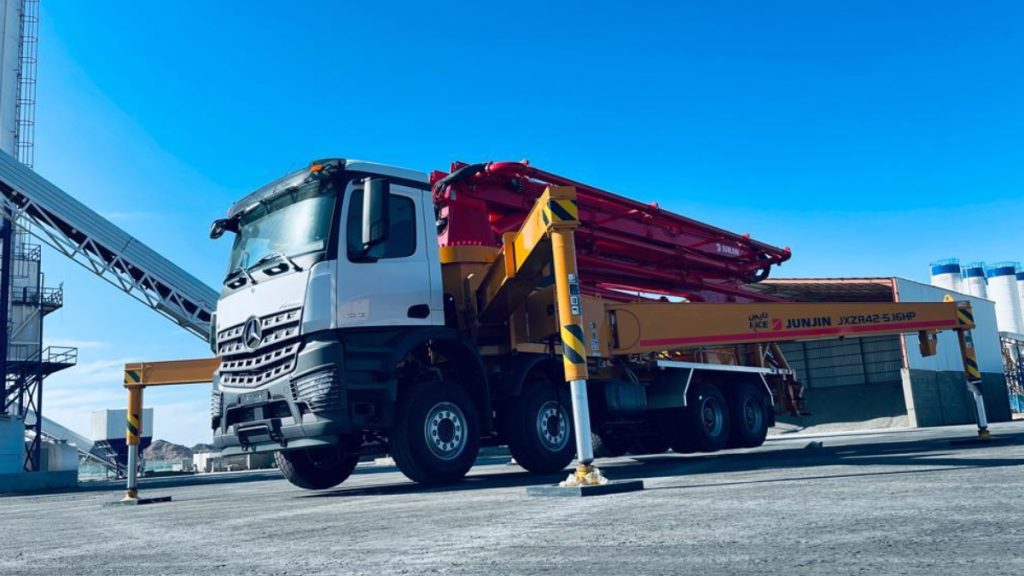 KiCE Construction Equipment signed a new deal agreement with Suleiman Almohileb Readymix to supply a large number of concrete pumps for NEOM mega projects. “We are honored to supply JUNJIN pumps to our VIP client, and to be one of the contributors to the NEOM project,” said Hany Mongy, Sales Director at KiCE.

“We decided to use KiCE JUNJIN pumps for our projects in NEOM because this brand has a good reputation in the industry, and has proven its efficiency and reliability in the major project of Saudi Arabia,” said Mohammad Suleiman Al Mohailib, owner of Suleiman Almohileb Readymix.

Suleiman bin Saleh Almohileb Holding Company is one of the oldest trading entities in the Northern Borders Province and Al-Jawf regions of Saudi Arabia. The group owns several subsidiaries including ready-mix concrete factories and concrete products such as hollow blocks, interlocks, mosaic tiles, and cement tiles with high international standards.