Kreisel Electric To Expand Battery Production Capacities To Over 2 GWH 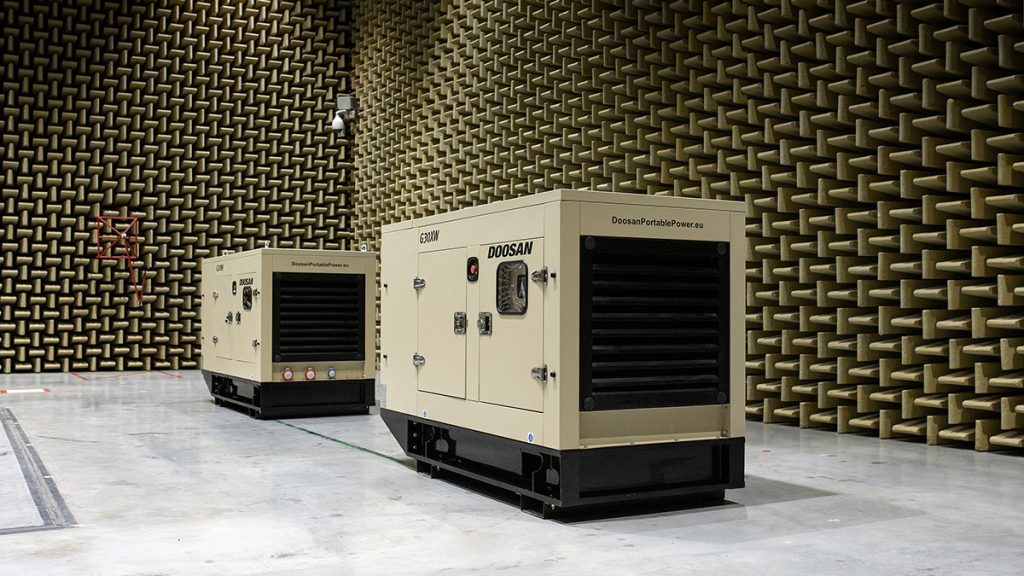 In mid-November 2021, Doosan Portable Power launched a range of small generators and a new portable light tower for the Middle East and Africa region. The brand’s new product portfolio not only caters to the traditional construction, agriculture and general industry but to a larger market such as home standby, telecommunications and back-up power for small businesses.

Doosan’s Middle Eastern generator business has been growing steadily since 2017 and the company has been successful in expanding its dealer network year on year. Despite a competitive market, Doosan Portable Power’s (DPP) expanding network of dealers ensure all potential channels are covered to secure sales.

“We developed the new RW line of generators, designed specifically for rental applications, working hand in hand with our customers. The RW line shines in situations where high navigation and fast installation are required while maintaining a low cost of ownership,” says Jan Moravec, General Manager, Doosan Portable Power for Europe, the Middle East and Africa.

The previous generation of 20 to 60 kVA generators were already being used as rental units. Based on this experience and feedback from the main users in the Middle East and their recommendations, the products have been modified to be more compatible with the requirements for mobility and fast/ durable connections.

By default, on the rental units extra protection has been added on hot parts in the engine compartment. A battery switch prevents the battery from being depleted if the unit is parked between operations during long breaks. Various sockets, single phase as well as three-phase, allow the unit to be connected to tools or applications.

Doosan’s range of small generators are built in the region and have seen thousands of hours of testing in the UAE, Saudi Arabia, and Oman. Temperatures in the range of 40 to 45°C have regularly been reached. Additionally, various loads have been added to 100% or more of the prime value for the conditions.

Noise has been improved by optimizing airflow in the machine. “We have replaced the engines with proven Yanmar engines which are also used in the area on our compressors,” adds Moravec. “We are also introducing the capability for our own dealer network for engine certification or for the customer to be supported by the local network, increasing our support in the field.”

The generators are very efficient, reducing fuel consumption by between 7% and 20%, when compared to the previous models or machines from other suppliers on the market.

The LVL lighting tower, equipped with LED lights and a Yanmar engine, will help dealers compete at a different level in the lighting towers industry as the product also matches the requirements of the region.

The LVL can be used on any location which may require temporary lighting at short notice, without reliance on local power and places that could require long duration site lighting. The construction market, road maintenance and disaster relief are just some of the many examples of applications where this unit would thrive with its 220 hours (the 60Hz version runs for 200 hours max) autonomy on a single tank of fuel.

The LVL is powered by the Yanmar L48N5 Tier 2 diesel engine. The four LED lights provide a total output of 1,200W and come with a significant improvement over the last model with 50,000 hours of lifetime. This means that the lighting tower can be kept on for longer at a lower overall cost. It also doesn’t need downtime or time to recharge and can be simply turned on and off or moved to another site as needed.

Moving the unit has been made easy as well with forklift capability, single-point lifting, or towing, giving the user multiple options. Also a 7-metre (23 ft) telescopic extension and full 360-degree rotation add to the ease of relocation. The tower’s new vertical mast makes it easier to fit more units into a standard 40-foot shipping container.

Formerly known as Ingersoll Rand Portable Compressors, Doosan Portable compressors are very well known in the Middle East market since 1950 and have always been renowned for product superiority, durability and high performance.

The brand is well represented in the Middle East region through a top-class dealer network providing customers with the best support services.

In the same way that the global industry for portable compressors has been steady over the last 5 years, the Doosan Portable Compressor business in the Middle East has been the same over the same period in terms of volume, though it has increased in value due to the company’s focus on selling large oil free compressors where DPP has become the market leader in this segment. To maintain DPP’s strong presence in the region and to stay competitive, the company is supplying the market with high quality products sourced from India, which has been a good strategy to maintain its market share and provide the end user with great products at competitive prices.