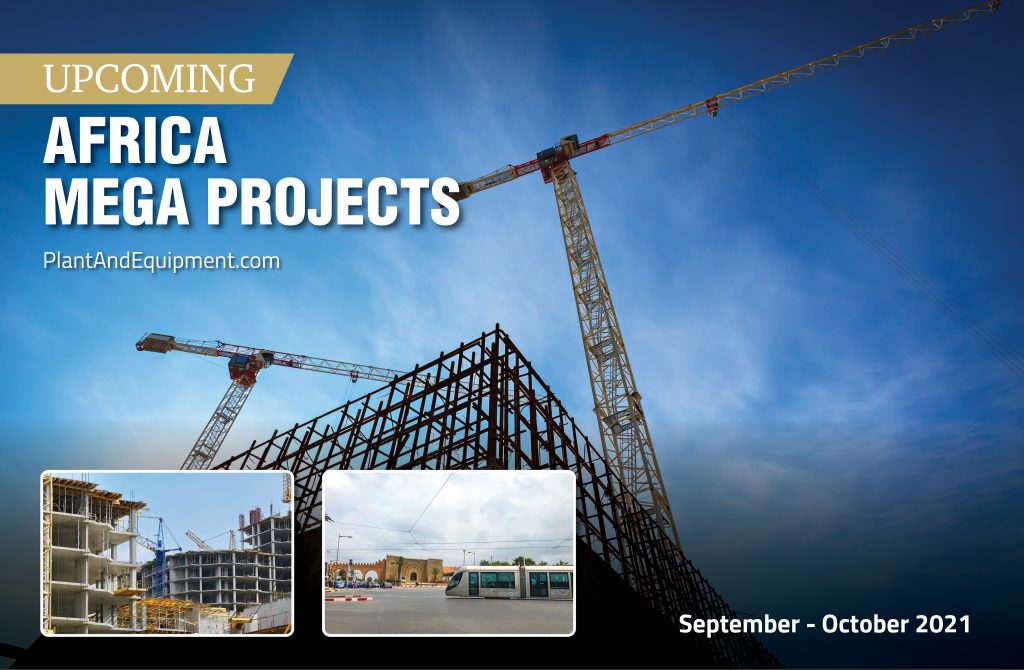 Zimbabwe has signed a $1.3bn joint venture agreement with British-based Coven Energy to develop a fuel pipeline from the Mozambican port city of Beira to the capital city Harare. The pipeline would complement the existing one that also links Harare and Beira and make landlocked Zimbabwe a fuel hub for the southern Africa region. Unlisted Coven Energy will form a 50-50 joint venture company with state-owned National Oil and Infrastructure Company. The partnership will be for a period of 30 years.

The project will construct a new seawater desalination facility (water production volume: 100,000 cubic meters/day) in Sfax in central Tunisia with the aims of strengthening the water supply capacity and improving the water quality in the Sfax metropolitan area.

The project entails construction of a desalination plant in the locality of Gargour, located 20km from the city of Sfax. The plant will have a capacity of 100,000m³ per day. The water treated in the plant will be stored in a reservoir. The project also includes the construction of a pumping station and the laying of pipelines to bring drinking water to the city of Sfax.

Cairo Egypt for Education (CEE), a consortium comprised of Cairo for Investment and Real Estate Development (CIRA) and Elsewedy Capital Holding, obtained a 58-acre land plot in New Damietta from the New Urban Communities Authority (NUCA) to establish a new university in the Delta region.

With an expected investment cost of EGP2.5bn, the new university will include 16 faculties, serving more than 25,000 students. Phase one is scheduled to be inaugurated in September 2023. This university comes as CIRA’s fourth planned university and Elsewedy Capital’s second.

The project aims to improve the quality of the public transport service offered in the agglomeration of Rabat Salé, which has more than 2 million inhabitants that suffer from severe road congestion and a real lack of public transport alternatives. This improvement promotes modal shift by reducing the nuisance associated with other modes of transport such as private cars, buses and taxis.

Construction of a 1.5-million-tonne capacity cement production plant in Kumasi to serve the Ashanti region and its surrounding areas. The project had become necessary due to the growing demand for cement in the Ashanti region. The new plant will produce about 1.5 million tons of cement per annum to serve the Ashanti region, together with plans of exporting to Burkina Faso and other neighboring countries. The $100m investment by the company is expected to increase employment opportunities for the cement industry, as many more projects are being undertaken.

Egyptian developer Contact Developments has launched Quan Iconic Tower in the Central Business District of the New Administrative Capital at an investment of about EGP1bn. Construction will start in January 2022 and finish within 30 months in three phases.

The 25-storey mixed-use tower would have a built-up area of about 28,000 square metres and comprise 600 units for offices, clinics, and shops. Yasser El Beltagy Architects is the designer, Sabbour Consulting is the engineering consultant, and MRB is the facility management contractor for the project.

The construction of the Cash Center is part of the modernization of the management of the national currency. This is aimed at making it gain the necessary performance and value, based on the best international practices on the matter. The center will provide high processing and storage capacity for banknotes and coins and will have equipment and functionalities that will ensure the handling of cash, with greater security, reliability, and efficiency.